Agaricus blazei Murill (ABM) mushroom, is known as the "Sun Mushroom" and as "Cognomen de Deus" ("Mushroom of God"). Agaricus has been a big hit in the past few years with its recognition as an alternative treatment support for many diseases including Cancer. "Agaricus" is known as a health supplement boosting the immune system to avoid getting sick.

Agaricus blazei Murill is a medicinal mushroom that contains a special class of polysaccharides known as "beta glucans." Studies show beta glucans stimulate activity of natural killer (NK) cells, which are an important part of the immune system Agaricus blazei is widely consumed in many countries, where it is regarded as a health food, due to its medicinal properties

Tiens product Agaricus blazei Murill is made in accordance with the principles of traditional Chinese medicine (TCM). 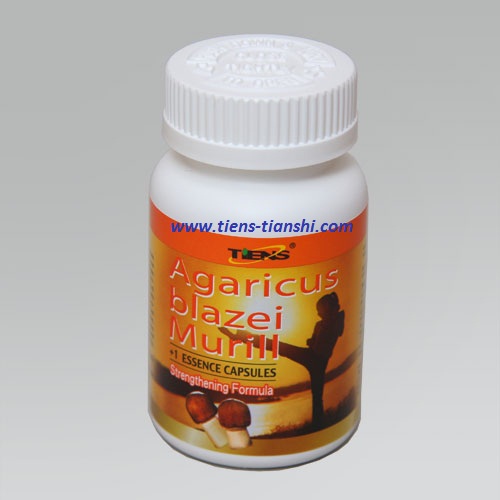